The Mediterraneanvision Song Contest 9 was the ninth edition of the Mediterraneanvision Song Contest. The contest took place in Beirut, Lebanon, following Lebanon's victory at the eighth edition in Thessaloniki, Greece, with the song "Almost Lover", performed by Shirin. 36 countries participated in the contest. Algeria, Bulgaria, Egypt, Spain and Tunisia returned after a one-edition absence and Jordan, North Macedonia and Syria after a two-edition absence. Andorra and Croatia withdrew.

The winner was Syria with the song "Human Nature", performed by ALITA. This was Syria's first win. Algeria placed 2nd and Libya placed 3rd.

The contest took place in Lebanon, the winning country of the eighth edition. 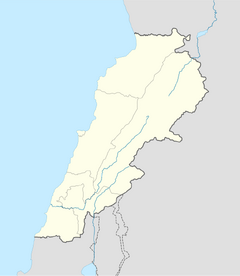 Beirut
The location of the host city is marked in blue. 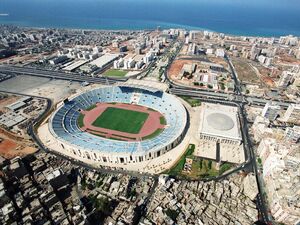 Shortly after Lebanon's victory in the eighth edition, host broadcaster LBCI announced that the Indoor Olympic Stadium in Beirut would be the host venue of the Mediterraneanvision Song Contest 9. Below are details about the chosen host venue:

Beirut (Arabic: بيروت; French: Beyrouth) is the capital and largest city of Lebanon. No recent population census has been conducted, but 2007 estimates ranged from slightly more than 1 million to 2.2 million as part of Greater Beirut, which makes it the third-largest city in the Levant region and the fifteenth-largest in the Arab world. Located on a peninsula at the midpoint of Lebanon's Mediterranean coast, Beirut is an important regional seaport.

It is one of the oldest cities in the world, having been inhabited for more than 5,000 years. The first historical mention of Beirut is found in the Amarna letters from the New Kingdom of Egypt, which date to the 15th century BC.

Beirut is Lebanon's seat of government and plays a central role in the Lebanese economy, with most banks and corporations based in its Central District, Badaro, Rue Verdun, Hamra, Ryad el Soloh street, and Achrafieh. Following the destructive Lebanese Civil War, Beirut's cultural landscape underwent major reconstruction. Identified and graded for accountancy, advertising, banking, finance and law, Beirut is ranked as a Beta World City by the Globalization and World Cities Research Network.

The theme for the edition, Be Passionate, was unveiled on the 2 January 2020.

Nelly Makdessy, Maya Diab and Wissam Sabbagh were announced as the presenters on the 2 January 2020.

The running orders were created by the producers. 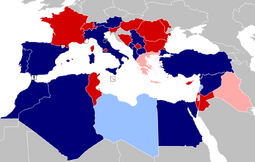 Greece, Iraq and Malta also voted in this semi-final.

Lebanon, Libya and Monaco also voted in this semi-final.

Further information: List of countries in the Mediterraneanvision Song Contest
Eligibility for potential participation in the Mediterraneanvision Song Contest requires a national broadcaster with active MBU membership that will be able to broadcast the contest. The MBU had issued an invitation of participation in the contest to all active members.

Retrieved from "https://mediterraneanvision-song-contest.fandom.com/wiki/Mediterraneanvision_Song_Contest_9?oldid=11231"
Community content is available under CC-BY-SA unless otherwise noted.