The Mediterraneanvision Song Contest 7 was the seventh edition of the Mediterraneanvision Song Contest. The contest took place in Monaco, following Monaco's victory at the sixth edition in Pristina, Kosovo, with the song "Syndrome", performed by Palmer. 29 countries participated in the contest, with Iraq making their debut appearance. Austria, Israel and Morocco returned after a two and both a one-edition absence respectively. Bosnia and Herzegovina, Hungary, Jordan, Kosovo, Lebanon, Libya, Malta, North Macedonia and Syria all withdrew.

The winner was Greece with the song "To Be Human", performed by MARINA. This was Greece's second win, having previously won the first edition. Switzerland placed 2nd and San Marino placed 3rd.

The contest took place in Monaco, the winning country of the previous edition. 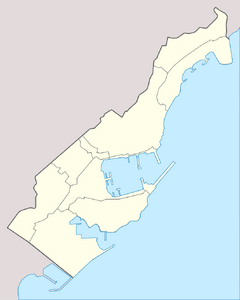 Stade Louis II
The location of the host venue is marked in blue. 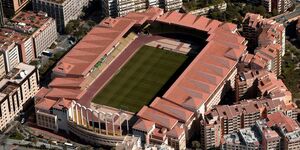 Shortly after Monaco's victory in the sixth edition, officials announced that there were two potential venues for the contest, both being in the same sporting complex. On the 16 July 2019, it was announced that the Stade Louis II was selected as the host venue, thus hosting the contest in the open-air for the first time in its history. The MBU stated that "After internal discussions, we decided to allow the contest to be held in the open-air for the first time, and thus giving future host broadcaster's more opportunities to host the event in a larger range of cities".

Below are the 2 bids:

Monaco, officially the Principality of Monaco (French: Principauté de Monaco), is a sovereign city-state, country, and microstate on the French Riviera in Western Europe. France borders the country on three sides while the other side borders the Mediterranean Sea. Monaco is about 15 km from the state border with Italy.

Monaco is a principality governed under a form of constitutional monarchy, with Prince Albert II as head of state. Although Prince Albert II is a constitutional monarch, he wields immense political power. The House of Grimaldi has ruled Monaco, with brief interruptions, since 1297. The official language is French, but Monégasque, Italian, and English are widely spoken and understood. The state's sovereignty was officially recognized by the Franco-Monegasque Treaty of 1861, with Monaco becoming a full United Nations voting member in 1993. Despite Monaco's independence and separate foreign policy, its defence is the responsibility of France. However, Monaco does maintain two small military units.

Economic development was spurred in the late 19th century with the opening of the country's first casino, Monte Carlo, and a railway connection to Paris. Since then, Monaco's mild climate, scenery, and gambling facilities have contributed to the principality's status as a tourist destination and recreation centre for the rich. In more recent years, Monaco has become a major banking centre and has sought to diversify its economy into the services sector and small, high-value-added, non-polluting industries. The state has no income tax, low business taxes, and is well known for being a tax haven. It is also the host of the annual street circuit motor race Monaco Grand Prix, one of the original Grands Prix of Formula One. The principality has a club football team, AS Monaco, who have become French champions on multiple occasions.

Monaco is not formally a part of the European Union (EU), but it participates in certain EU policies, including customs and border controls. Through its relationship with France, Monaco uses the euro as its sole currency (prior to this it used the Monégasque franc). Monaco joined the Council of Europe in 2004. It is a member of the Organisation Internationale de la Francophonie (OIF).

The theme for the edition "Light It Up", was unveiled on the contest's discord server on the 15 July 2019.

Marina Kaye and Slimane were selected to host on the 15 July 2019.

The running orders were made randomly. 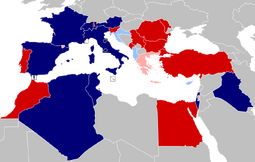 Andorra, Greece and Monaco also voted in this semi-final.

Albania, Croatia and Cyprus also voted in this semi-final.

Further information: List of countries in the Mediterraneanvision Song Contest
Eligibility for potential participation in the Mediterraneanvision Song Contest requires a national broadcaster with active MBU membership that will be able to broadcast the contest. The MBU has issued an invitation of participation in the contest to all active members.

Retrieved from "https://mediterraneanvision-song-contest.fandom.com/wiki/Mediterraneanvision_Song_Contest_7?oldid=10308"
Community content is available under CC-BY-SA unless otherwise noted.