The winner was Kosovo with the song "Ku Vajti", performed by Elvana Gjata. This was Kosovo's first win. Syria placed 2nd and Italy placed 3rd.

The contest took place in Albania, the winning country of the previous edition. 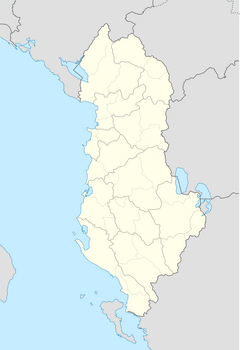 Tirana
Locations of the candidate cities: the chosen host city is marked in blue, while the eliminated cities are marked in red. 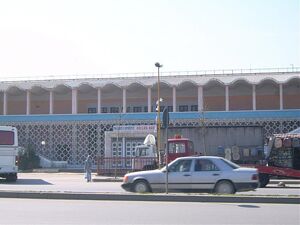 On the 20 September 2018, a bidding phase began. A day later on the 21 September 2018, the MBU and RTSH announced that Tirana had been selected as the host city with the Asllan Rusi Sports Palace as the venue, overcoming the bids from Elbasan and Korçë. Below are the 3 cities and their bids:

Tirana was founded as a city in 1614, but the region that today corresponds to the city territory has been continuously inhabited since the Bronze Age. As most of Albania, the area was populated by several Illyrian tribes but had no importance within Illyria. Indeed, it was annexed by Rome and became an integral part of the Roman Empire following the Illyrian Wars. The heritage of that period is still evident and represented by the Mosaics of Tirana. Further later in the 5th and 6th century, a Paleo Christian basilica was built around this site.

When the Roman Empire divided into east and west, its successor the Byzantine Empire took control and included the construction of the Petrelë Castle, under the reign of Justinian I. Until the 20th century, the city did not attain much significance, when the Congress of Lushnjë proclaimed it as the country's capital, after the country's declaration of independence in 1912.

Tirana is located in the centre of the country surrounded by mountains and hills, with Dajt on the east and a slight valley opening on the northwest, overlooking the Adriatic Sea in the distance. Due to its location within the Tirana plain and the close proximity to the Adriatic Sea, the city is influenced by a Mediterranean seasonal climate. It is among the wettest and sunniest cities in Europe, with 2,544 hours of sun per year.

Being a primate city, Tirana is considered the economic and cultural hub of Albania, due to its significant location and importance in finance, commerce, media, entertainment, arts, international trade, education, service, research and healthcare. All of the country's largest companies, media and scientific institutions have their headquarters in the city. Tirana is also the seat of power of the Government of Albania, the residences for work of the President and Prime Minister of Albania.

The theme for the contest, "#WeAreTheMediterranean", was unveiled on the 22 September 2018 on the contest's Google+ Community.

Inis Neziri and Lorela Sejdini were chosen to be the presenters of the contest on the 19 September 2018, just after Albania won the previous edition. 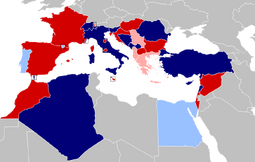 Albania, Greece, and Serbia also voted in this semi-final.

Andorra, Egypt, and Portugal also voted in this semi-final.

Austria - The Austrian broadcaster, ORF, gave no reasons as to why they did not participate.

Jordan - Despite initially confirming participation, JRTV announced on the 25 September 2018 that they had made no decision regarding whether they would participate or not. Jordan was not on the final list of participants released by the MBU on the 28 September 2018.

Libya - Despite initially confirming participation, LNC announced on the 25 September 2018 that they had not decided whether they would be in Tirana or not. Libya was not on the final list of participants released by the MBU on the 28 September 2018.

Tunisia - The Tunisian broadcaster, RTTT, confirmed on the 28 September 2018 that they would not participate due to financial issues.

Retrieved from "https://mediterraneanvision-song-contest.fandom.com/wiki/Mediterraneanvision_Song_Contest_5?oldid=11267"
Community content is available under CC-BY-SA unless otherwise noted.