The Mediterraneanvision Song Contest 10 will be the tenth edition of the Mediterraneanvision Song Contest. The contest will take place in Damascus, Syria, following Syria's victory at the ninth edition in Beirut, Lebanon, with the song "Human Nature", performed by ALITA. Thirty-three countries will participate in the contest. Andorra and Croatia will return after a one-edition absence. Vatican City withdrew after the country's broadcaster officially terminated their MBU membership. Egypt, Iraq, Jordan, Moldova and Montenegro withdrew without citing any reasons.

Preparations for the tenth edition began on the 20 July 2020, immediately after Syria won the ninth edition in Beirut, Lebanon. The Mediterranean Broadcasting Union (MBU) handed ORTAS, the Syrian participating broadcaster, a stack of documents and a USB drive with tools to begin the work needed to host the next edition. 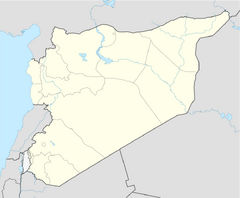 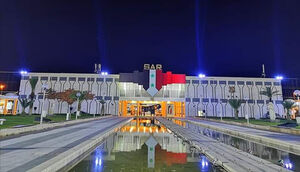 On the 23 July 2020, it was confirmed by ORTAS that 5 cities were being considered to potentially host the contest. Due to the ongoing Syrian civil war, the MBU and the hosting broadcaster worked closely together to ensure the safety of the contest. On the 24 July 2020, it was confirmed that the bids from Damascus and Latakia had been shortlisted, the decision being made with the safety of the contest in mind. On the 26 July 2020, the MBU and ORTAS came to the mutual decision that Damascus would be the most suitable host city. Below are the 5 cities and their bids:

Damascus (Arabic: دمشق, romanized: Dimašq, French: Damas) is the capital of Syria; it is also the country's largest city, following the decline in population of Aleppo due to the battle for the city. It is colloquially known in Syria as aš-Šām (الشام) and titled the "City of Jasmine" (مدينة الياسمين Madīnat al-Yāsmīn). Damascus is a major cultural center of the Levant and the Arab world. The city has an estimated population of 1,711,000 as of 2009.

Located in south-western Syria, Damascus is the center of a large metropolitan area of 2.7 million people (2004). Geographically embedded on the eastern foothills of the Anti-Lebanon mountain range 80 kilometres (50 mi) inland from the eastern shore of the Mediterranean on a plateau 680 metres (2,230 ft) above sea level, Damascus experiences a dry climate because of the rain shadow effect. The Barada River flows through Damascus.

First settled in the second millennium BC, it was chosen as the capital of the Umayyad Caliphate from 661 to 750. After the victory of the Abbasid dynasty, the seat of Islamic power was moved to Baghdad. Damascus saw a political decline throughout the Abbasid era, only to regain significant importance in the Ayyubid and Mamluk periods. Today, it is the seat of the central government and all of the government ministries. As of September 2019, 8 years since the start of the Syrian Civil War, Damascus has been named the world's least livable city by the Economist Intelligence Unit.

The contest will consist of 2 semi-finals and a final.

The theme for the edition, as it's in our nature, was unveiled on the 27 July 2020. The theme art consists of a glowing star, symbolising the rebirth of Syria following the Syrian civil war.

Dania Hallak and Mona Haydar were announced as the presenters on the 3 August 2020.

The running orders will be created by the producers. 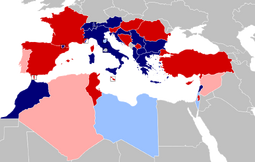 Algeria, Portugal and Syria will also vote in this semi-final.

Israel, Libya and San Marino will also vote in this semi-final.

The following countries and broadcasters confirmed their non-participation without offering further explanation:

Retrieved from "https://mediterraneanvision-song-contest.fandom.com/wiki/Mediterraneanvision_Song_Contest_10?oldid=11235"
Community content is available under CC-BY-SA unless otherwise noted.